October 31st at XEX was the Halloween party you thought you’d never see… and you survived. XEX has given you the whole month of November to rest up for the real party.

In October, we went from hiding our faces, playing dress up, scaring the bejesus out of people and creating images and creatures. You’ve done the hard work. You’ve met some cool people. Now it’s time to reap your investments. These same masked avengers and fallen angels will be attending the next party too. Lets meet them again or some new friends. But in December…Well in December its time to close the deal.

Start the countdown. The XEX Christmas party is the where you come to meet Santa helper. Last year we had so many helpers Santa went home early. This year we expect over 500 revelers. Some men will be dressed up in their best winter suits. Many women will be wearing matching sexy red velvet skirts and red Christmas caps.

we will see live music with Stuart and special guest. Doors open at 7:30 and for 7 Chrismas-filled hours, funky Christmas tunes and psychedelic ring-a-lings and holiday music will reverberate around the coolest club in Osaka. Come in and see the last best party of 2016! 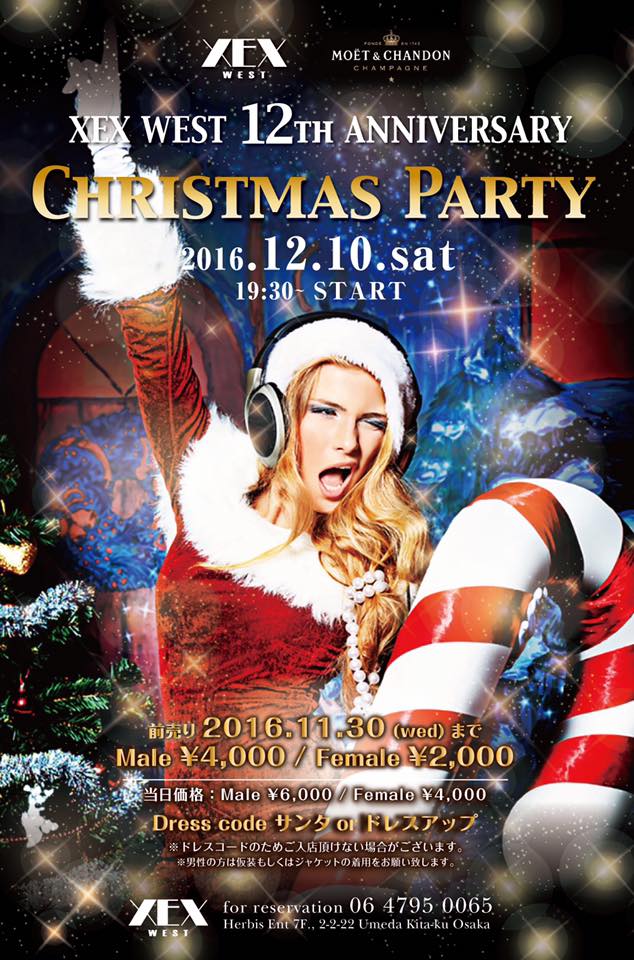